Cecilia Bellora
By the same author
> Trade sanctions against Russia: taking stock after 100 days of war
> Europe in the Sino-American Trade War
> Trade wars and global value chains: Shooting oneself in the foot
+ 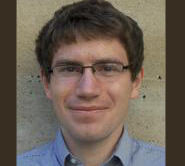 The Ukrainian conflict has brought to the forefront the issue of Europe's dependence on hydrocarbon imports. Trade data are the usual source to construct a measure of interdependence between states. In the case of natural gas, however, they do not provide a reliable picture of actual flows.
By Cecilia Bellora, Pierre Cotterlaz, Malte Thie

Energy goods are particular: they do not systematically pass through customs (think of gas transported by pipelines) and they are strategic goods whose flows, for reasons of confidentiality, are not always declared.[1] As a result, trade data, which are based on customs declarations, may be erroneous.

In fact, many countries do not declare flows of hydrocarbons. This happens for other goods, but at a much lower frequency. The phenomenon is particularly important for natural gas traded in gaseous form, but less acute for liquefied natural gas (LNG) and crude oil (Table 1). For example, in the main trade dataset (UN's Comtrade), 65 out of 152 countries report no imports of natural gas in gaseous form, including large European countries such as Finland and the Netherlands. Two other countries, Germany and Austria, only provide total imports without their geographical origin. Where a flow is not reported in the trade data, there is no way of knowing whether this is a genuine absence of a flow or a failure to report. One might hope to find information on imports from exporters' declarations. However, many major gas exporters, notably Russia, do not provide information on their sales either.
Table 1: Number of countries reporting hydrocarbon imports to the Comtrade database, by level of information provided (2019)

"Aggregate": the country reports only the total value of its imports. "No info": the country does not report any imports. "Reports”: the country specifies the geographical origin of its imports.
Source: Authors' calculations based on Comtrade
Moreover, in the case of gas, even when a country provides the origin of its flows, the information is not always reliable. Some states do not indicate the country of origin but the last country of transit. This is the case, for example, for France, which declares that it imports all of its gas from neighbouring, non-gas-producing countries (Belgium, Germany, Spain and Switzerland).

Table 1 shows that the declarations concerning LNG imports are more complete than those for gas traded in gaseous state, with two additional European countries giving details of the origin of their imports. For oil, only one European country does not report any flow, while all other EU Member States provide details on their oil purchases. LNG and oil data are generally more complete for all countries in the world, not just the EU.

BACI, the trade dataset developed by CEPII and based on Comtrade, does not correct for these deficiencies. Comext, the EU's trade dataset, is also affected. The problem we are describing is general; it appears in all trade databases. To obtain reliable information, one should turn to other sources specialised in energy goods.

This is what Eurostat's energy trade database offers for the countries of the EU.[2] The data are not collected by customs but by national statistical offices and by ministries and agencies in charge of energy issues. It is based on the same questionnaire as the one used by the International Energy Agency (IEA).

The data provided by the Eurostat database are only available in volume (cubic metres or tonnes). This prevents a level comparison with trade data, which are reported in value (euros for Comext, dollars for Comtrade).[3] To illustrate the extent of the discrepancies between the different data sources, we thus compare the share of Russia in the imports of the five main European importers of hydrocarbons: France, Germany, Italy, the Netherlands and Spain. Together, these five countries account for 73% of the EU's natural gas imports and 63% of crude oil imports according to Eurostat (see Figure 1).[4]

For LNG and oil, trade data are much more reliable. Russia's market shares in Comtrade and Comext are quite close to those in Eurostat. For LNG, the Netherlands is a notable exception: it reports importing almost all of its LNG from Norway, and omits Russia completely. Nevertheless, a flow appears in BACI due to the treatment carried out during the construction of the database (see box). Russia declares LNG exports to the Netherlands, while the Netherlands does not declare LNG imports from Russia. BACI then uses Russian data. Thanks to this treatment, an import flow exists in BACI for the Netherlands, although its value is not identical to the real one reported by Eurostat.
Box: Data harmonisation in BACI

BACI aims to extract as much information as possible from Comtrade to present harmonised data. Thus, to determine the trade flow for a given good between two countries, the procedure uses both importers’ and exporters’ information (which often differ). There are two possible scenarios:
-    Only one of the two countries declares a flow: the value used in BACI is then the one declared by this country.
-    Both countries declare a flow: the value retained in BACI is then a weighted average of the declarations of the importer and the exporter. The weighting associated with each country reflects its reliability as a reporter. If a country's reports tend to deviate systematically from those of its partners, it is considered unreliable and will therefore be given less weight in the calculation of the reconciled value (the average of the two flows).

When neither the importer nor the exporter declares a flow, the value is missing in BACI. This method provides harmonised data, based on a systematic procedure applicable to all trade flows. In certain specific cases (e.g. the one mentioned in this post), an ad hoc processing might be more appropriate. However, in BACI, the choice is made to follow a transparent and uniform procedure for all goods and countries, rather than having one-time, manual processing. For a detailed documentation, see Gaulier & Zignago (2010).
It is also the harmonisation method used to construct BACI that explains why, for oil, the flows differ from those of Comtrade and Comext: the treatment in BACI leads to take into account Russia's declarations (unreliable in this case), which differ from those of its European partners, in order to "correct" the European declarations.
Figure 1: Russia's share of hydrocarbon imports in 2019 (excluding intra-EU flows)

Note: Figures in bars indicate Russia's share in each country's total imports of gas in gaseous form (six-digit harmonized system HS6 code: 271121), liquefied natural gas (HS6 code: 271111) and crude oil (HS6 code: 270900), depending on the source used. If no figure is shown, the database does not report any flow.
Sources: Authors' calculations based on CEPII -- BACI database, Eurostat -- Comext database, Eurostat -- energy statistics (NRG_TI_GAS and NRG_TI_OIL) and United Nations -- Comtrade database.
For natural gas, the shortcomings of trade databases persist, regardless of the indicator used. As far as the share of each European country in total EU gas imports is concerned, no trade database can consistently approximate the Eurostat figures (see Figure 2). For example, Comtrade overestimates Germany's share in total EU gas imports by a factor of 2, while Comext contains no information on German natural gas imports.  BACI gives an apparently accurate German share, but this result is based on erroneous bilateral flows.

For LNG and oil, the shares of European countries in total EU imports calculated from trade data are broadly correct. For oil, the Netherlands is again the only country for which there is a difference between trade data and Eurostat data: trade data overestimate its share in European imports. This well documented bias is linked to the country's position as a point of entry into the European territory thanks to its port infrastructure. Following EU convention, goods that arrive in the Netherlands and are subsequently distributed to other member countries are first recorded as a Dutch import from outside the EU and then as a Dutch export within the Union, a phenomenon known as the 'Rotterdam effect'.
Figure 2: Share of top five European hydrocarbon importers in EU hydrocarbon imports in 2019 (excluding intra-EU)

Note: Figures in bars indicate each country's share in EU imports of gas in gaseous form (HS6 code: 271121), liquefied natural gas (HS6 code: 271111) and crude oil (HS6 code: 270900), depending on the source used.
Sources: Authors' calculations based on CEPII -- BACI database, Eurostat -- Comext database, Eurostat -- energy statistics (NRG_TI_GAS and NRG_TI_OIL) and United Nations -- Comtrade database.
To sum up, trade data are unreliable for natural gas, due to its transport mode via pipelines and the absence of customs registration. In the current discussion on the consequences of the conflict in Ukraine, trade data are, hence, not the right source to comment on Russia's importance in the EU's gas supplies (in gaseous state). Trade flows are much better documented for other energy goods such as LNG or crude oil, which are often transported by sea and physically pass through customs. Moreover, the specific situation of energy goods described above does not call into question the value and reliability of trade data for other goods traded in the EU. Trade data are rich and complex, with their strengths but also their weaknesses.
[1] See for example figures published by French customs on imports of natural gas in gaseous state. Quantities are not given for reasons of confidentiality (https://lekiosque.finances.gouv.fr/site_fr/NC8/Resultat_nc.asp?lanc=27112100)
[2] This dataset does not have a name, but is only identified via acronyms (NRG_TI_GAS and NRG_TI_OIL). To simplify the read, we will refer to it as the Eurostat dataset. For Comext, also published by Eurostat, we will retain the name of the database to differentiate the two.
[3] Comext and Comtrade also report data in quantities, but the information is not always collected from primary sources. Trade data are much more reliable in values.
[4] Even though the shares are calculated based on data in volume for Eurostat and in value for trade datasets, this difference does not cause a problem for our comparison, as energy goods are homogeneous and their price, hence, does not (or only slightly) differ with the country of origin on a given regional market (here Europe).
Trade & Globalization
< Back